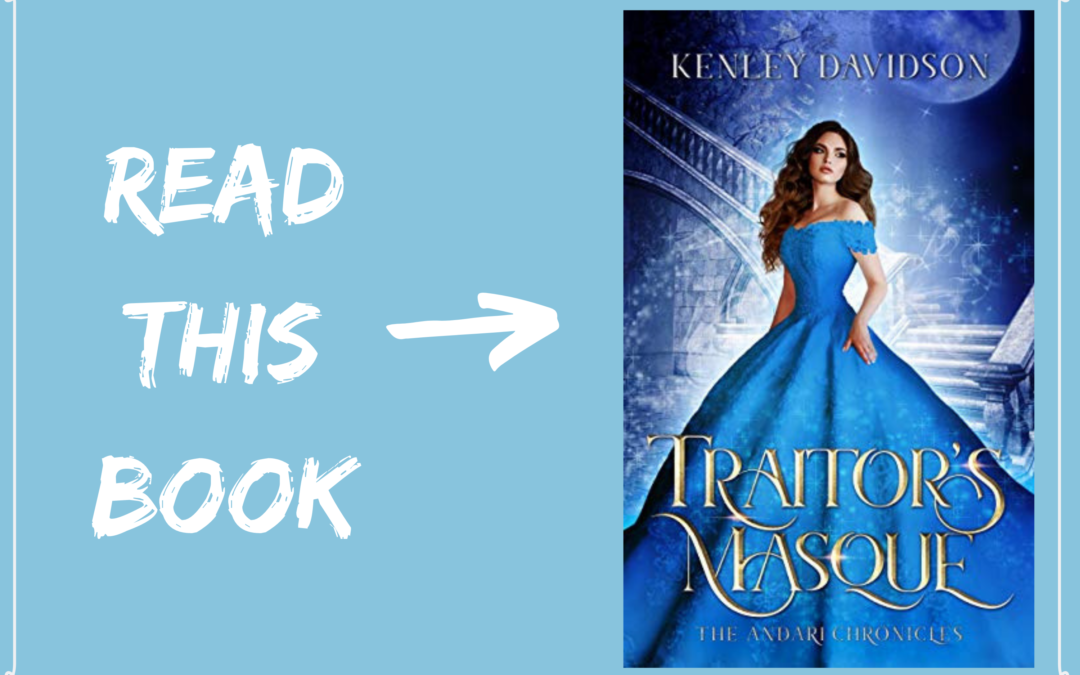 What Traitor’s Masque is about

Trystan is completely dependant on her stepmother, who barely lets her out of the house. But the younger woman occasionally manages to get time on her own to escape – with the servants’ help. On one of these outings, she meets a kindred spirit, a kind man that, like her, is unwilling to share his identity.

Prince Ramsey is loyal to a fault, having the weight of the kingdom unexpectedly upon his shoulders. But he loves his people and his father the king. He wishes, though, that he could find a match in marriage who could look beyond his position and see his real self, to be his true partner in life. But with all the machinations of court and its ambitious young ladies, that seems highly unlikely.

When desperation forces Trystan to ally herself with a plot against the throne, she has to choose between love and loyalty, and both paths lead to heartbreak.

What I thought of Traitor’s Masque

I was a bit leery of this book two years ago when I saw that it was subtitled ‘A Reimagining of Cinderella’. But, I’m glad I did read it, as I have now discovered one of my favourite writers – someone I would love to be able to emulate. Recently, when I discovered a new book in the series was on pre-order (the series is The Andari Chronicles), not only did I order it straight away, but I determined to re-read the entire series again before reading the new one. They are that good!

Though it includes romance, Traitor’s Masque also contains intrigue and heartbreak. Using only the basic touch points of the original story, this tale is uniquely told. Trystan is by no means weak and helpless. Capable and brave, she matures and discovers the need for self-sacrifice – that there are things above and beyond purely selfish need – and finds herself able to truly love.

The main characters have depth and they both grow as humans during the story. If you know me, you’ll hear me go on about how love is illustrated badly in most movies and book these days. Traitor’s Masque portrays the true nature of love – not shallow fairy tale fancy, but sacrificial love that truly sees, gives and forgives. We experience this vividly in the stories of Trystan and Ramsey and we feel every bump along the road.

This story took me back to the magic I remember feeling when I read good stories when I was younger. Laughter, tears and excitement all included.

I may very well read the whole series once a year – for inspiration.

You can buy it here